The Florida Historical Marker Program recognizes historic resources, persons and events that are significant in the areas of architecture, archaeology, Florida history and traditional culture by promoting the placing of historic markers and plaques at sites of historical and visual interest to visitors. The purpose of the program is to increase public awareness of the rich cultural heritage of the state and to enhance the enjoyment of historic sites in Florida by its citizens and tourists. 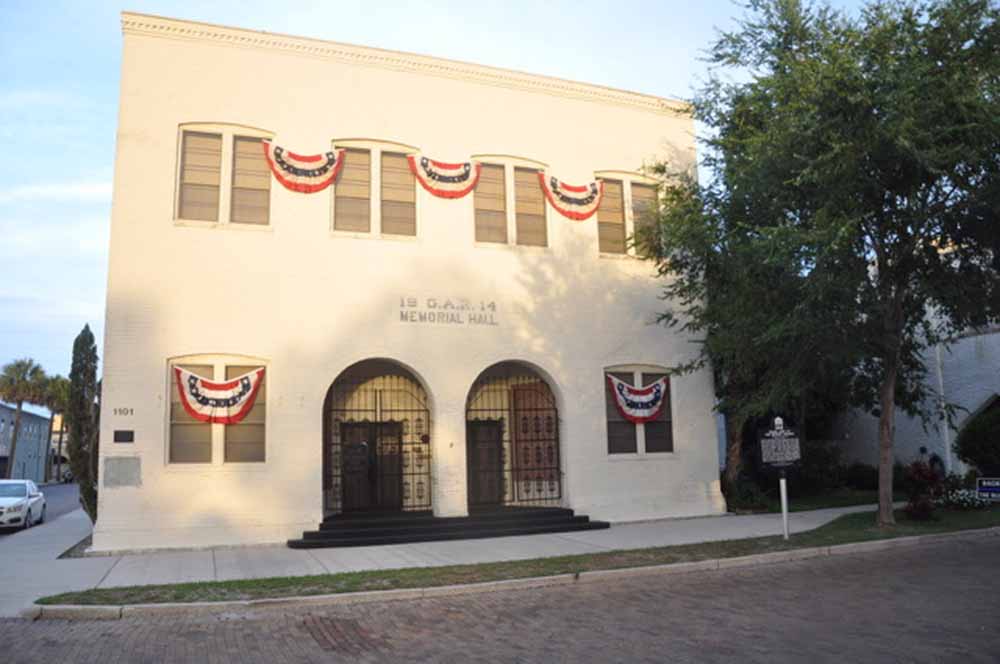 The most recent marker approved is for the Grand Army of the Republic Memorial Hall. The Grand Army of the Republic was a nationwide organization of Union veterans of the Civil War from 1866 to 1949.This 150 by 50 foot building, completed in 1914, was built by the G.A.R. Memorial Hall Association and funded by $8000 worth of stock certificates. The land had been donated by the Seminole Land Investment Company in 1909. Previously, G.A.R. meetings, special events, and other town civic and social meetings had been held in the “old hall” which was to the rear of the present building. The town had been incorporated in the “old hall” and the first civic officials were elected here. The Local G.A.R. post was named after Lucius L. Mitchell who was the first veteran-resident to die in St. Cloud and is interred in Mount Peace Cemetery. E. E. Scranton, the Post secretary wrote in 1914 that the new G. A.R. building had been erected for memory and in honor of the old boys of the Union Army of ’61 -’65 who saved the country for the generations coming after us and saved our glorious flag, the stars and stripes, from dishonor or disgrace in over 2000 battles of that great war. At one time it was the second largest post in the country in membership. M. W. Chessman was the architect/builder.

St. Cloud’s First National Bank opened in 1910. This narrow, two story Masonry Vernacular structure was built from locally produced sand brick, wood beams, and concrete block. St. Cloud residents subscribed over $100,000 of capital stock, twice as much as required by the United States Comptroller. It was the only national bank in the county, and the level of capital stock raised was unprecedented. In 1911, the bank issued $10 notes with a picture of the bank’s first president, William H. Lynn. Though the bank failed in December 1917, the building remained an important part of downtown St. Cloud. Many diverse community organizations and businesses were housed in the building, including the People’s Bank of St. Cloud in 1919, the US. Spanish War Veterans Headquarters in 1934, and the Golden Age Club in 1970. The building was purchased in 1992 by the Chamber of Commerce, which represents over 500 local businesses, and serves as its headquarters. In 1997, the St. Cloud Chamber was awarded a state historic preservation grant to restore the building with support from Florida Secretary of State Sandra Mortham. Following its restoration, the building has also served as a museum devoted to St. Cloud history. 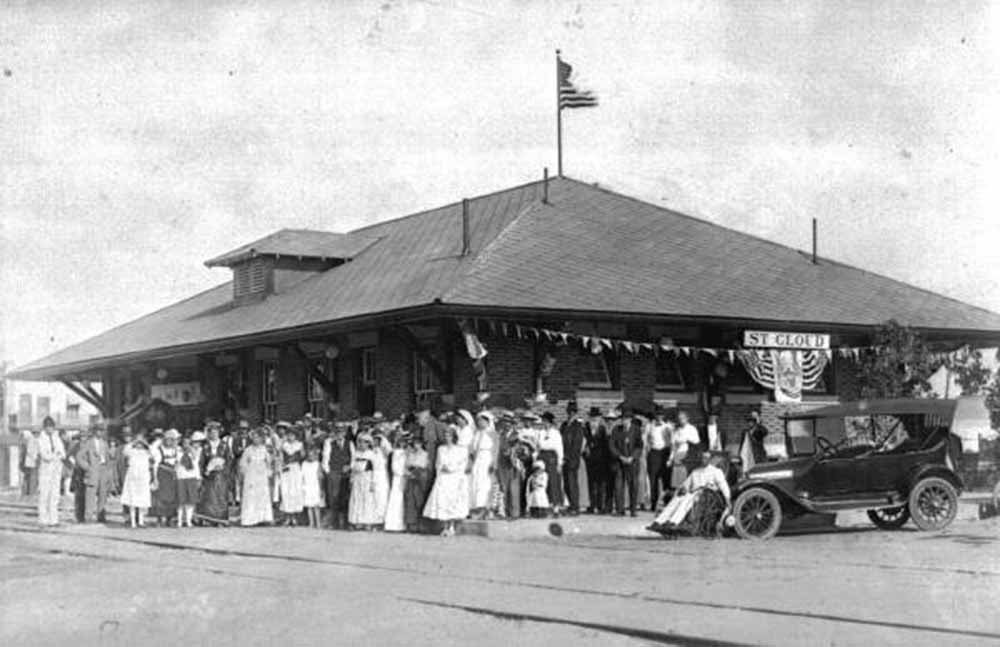 The Sugar Belt Railway Line, built in 1889 by Hamilton Disston, transported sugar and citrus between the town of Narcoossee and Kissimmee. The train made the return trip after being reversed on a turntable at Narcoossee operated by muscle power. The rail line ran through what would become the town of St. Cloud, which was surveyed and platted in 1909 as a result of its location, south of Lake Tohopekaliga and near the railroad. St. Cloud was intended for veterans of the Civil War, and was known as “The Soldier City.” In 1910, a wood-frame depot building was erected to handle passenger and freight service. The building also served as a welcome center for new members of the community arriving on the train. The women of St. Cloud began putting books and magazines in the depot, thereby beginning the town’s first library. In 1925, the Sugar Belt Railway, as part of the Atlantic Coast Line, built a new brick building where the old wood frame building stood. The depot ceased to operate in 1942 because of dwindling traffic between Kissimmee and Narcoossee. The Veterans of the Foreign Wars Post 3227 purchased the building to use as their post headquarters in 1943. 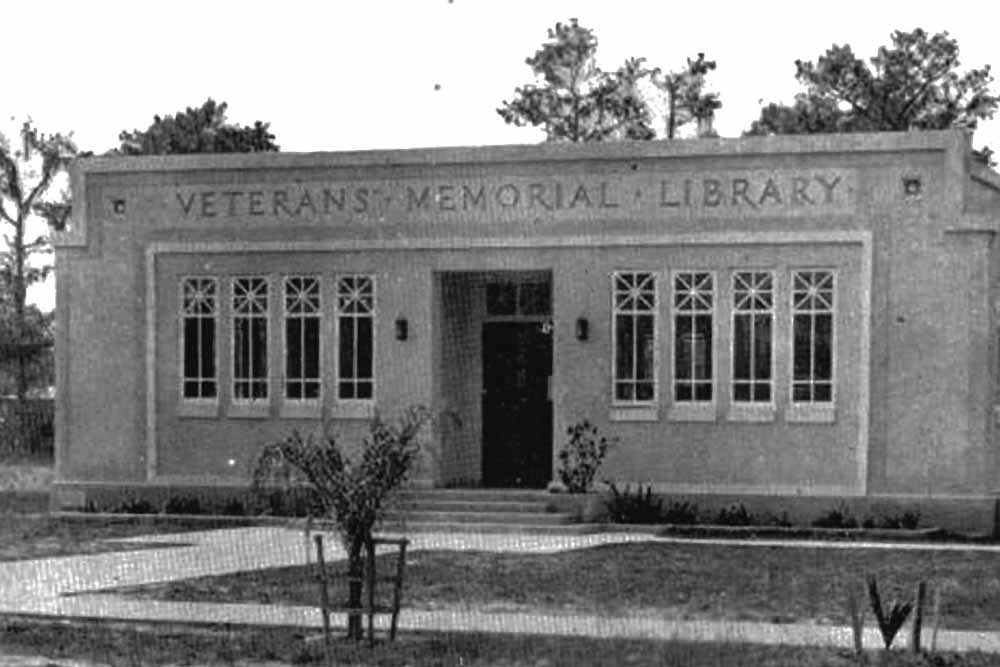 The Ladies Improvement Club of St. Cloud organized in 1910 for the betterment of the community through civic projects and the advocacy of literacy. The club established a small area in the Sugar Belt Railway depot for books and magazines for public us. As the community grew, the club relocated the collection to a small building on Pennsylvania Avenue, then later to the second floor of city hall on Florida Avenue and 10th Street. The library became an important focus of the cub and community. In 1915, club president Mary George worked with Judge W.G. Peckham to secure lots on Massachusetts Avenue for the construction of a new library building. Within a year, the club raised $700 to pay for the lots. Contributions from Union Army veterans in the Grand Army of the Republic helped fund construction of the library in 1922. It was designed by Orlando architects Ida Annah Ryan, the first woman to earn a master’s degree from the Massachusetts Institute of Technology (MIT), and Isabel Roberts, who studied under Frank Lloyd Wright. This Grecian style building, constructed by P.E. Morgan, was composed of hollow clay tile with stained stucco exterior finish. The dedication of the Veterans Memorial Library in February 1923 was presided over by the president of the Ladies Improvement Club. Sixty members of the Grand Army of the Republic and forty members of its auxiliary, the Woman’s Relief Corps, marched to the library for flag-raising ceremonies. The Ladies Improvement Club, renamed the Woman’s Club of St. Cloud in 1941, maintained and operated the library until it became part of the Osceola County library system in 1968. The building served as the city’s library for over 50 years until the library moved in 1974. Thereafter it was used as a r-sale shop for the American Red Cross and other civic groups until 2000. The City of St. Cloud purchased the building in 2001 and began renovations to establish the St. Cloud Heritage Museum run by the Woman’s Club of St. Cloud. The museum opened in February 2008 and houses the records and artifacts of St. Cloud’s history. 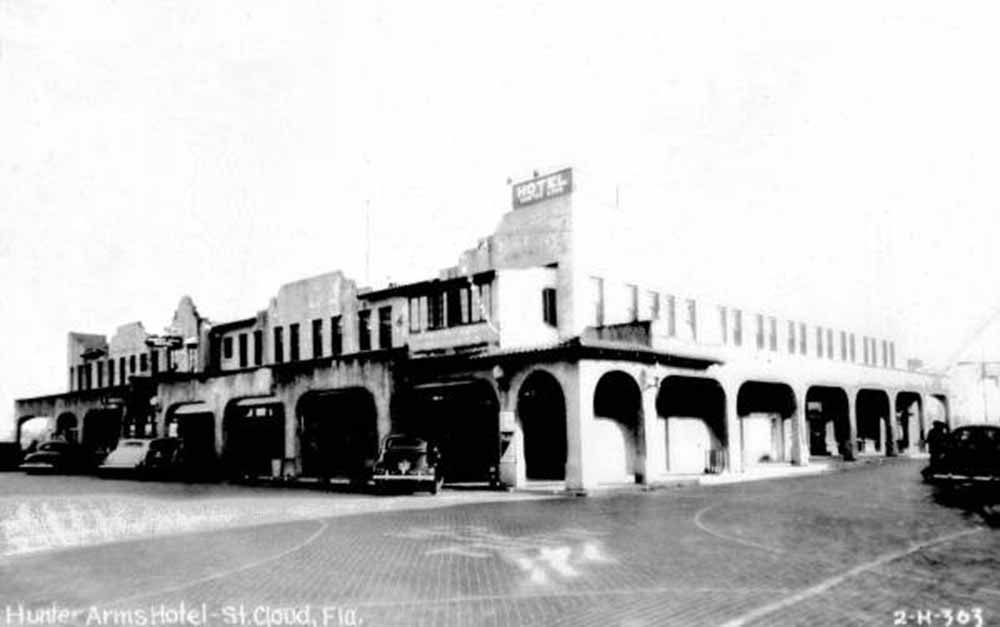 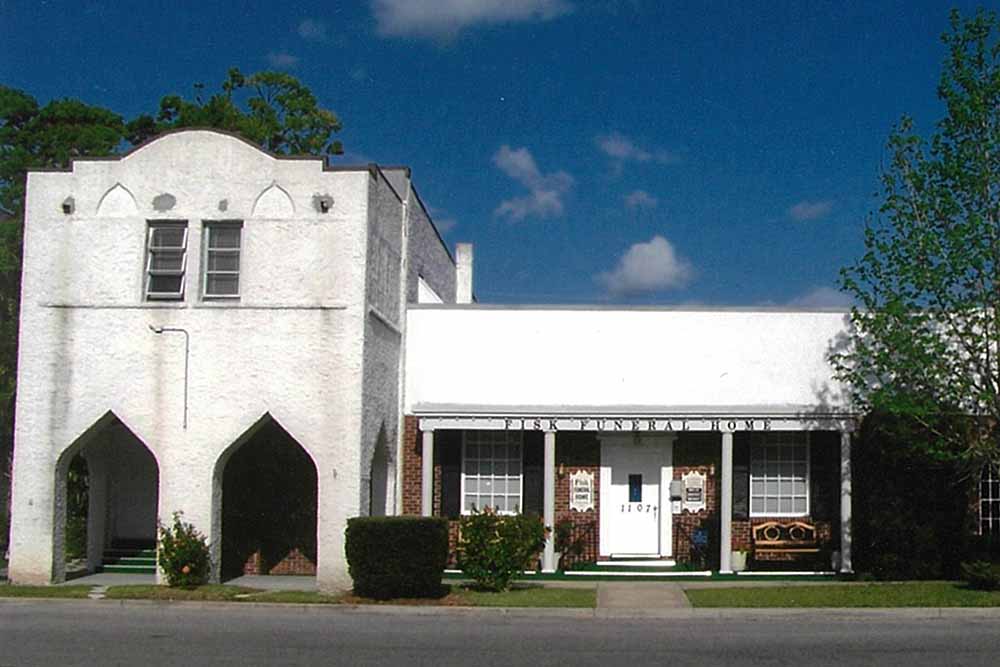 In 2021 we worked with a film crew to create St. Cloud’s Historic Documentary. You can see behind the scenes photos and information about that project here. The full documentary can be seen below.